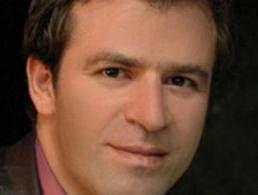 We, the undersigned, are extremely concerned to learn that the whereabouts of leading human rights lawyer Mohammad Mostafaei is unknown and that his wife, Fereshteh Halimi, and brother-in-law, Farhad Halimi, have been arrested on 24 July by the Iranian authorities. Mostafaei is the lawyer of Sakine Mohammadi Ashtiani who has been sentenced to death by stoning for ‘adultery.’

Last week Mostafaei was issued a summons requiring him to present himself to Evin prison; he did so on 24 July. He was interrogated and released but received a further summons by telephone. Later that day, his wife and brother-in-law were arrested and remain in prison in order to exert pressure on Mostafaei to turn himself in. Scores of human rights defenders have been harassed or arrested in Iran with some being sentenced to death. Sakine Mohammadi Ashtiani’s son, Sajjad, who has appealed on her behalf has also faced interrogation and harassment.