14 March 2012: International Day of Action to Defend Blasphemers and Apostates

Countless individuals face threats, imprisonment, and execution because of their criticism of religion and religious authorities. Blasphemy and Apostasy laws as well as uncodified rules imposed by both state and non-state actors aim primarily to restrict thought and expression and limit the rights of Muslims, ex-Muslims and non-Muslims alike.

On 14 March 2012, we, the undersigned, are calling for simultaneous events and actions in defence of the critics of religion in order to highlight medieval laws and exert pressure to save the lives of the women and men facing execution, imprisonment or threats.

Whilst there are countless people awaiting punishment under these rules and regulations, we are highlighting ten such cases, namely:
Hamza Kashgari, Saudi Arabia: 23 year old Muslim, charged with blasphemy for tweeting about Mohammad and women’s status (Petition here)
Alex Aan, Indonesia: 30 year old atheist, charged with blasphemy for saying there is no god on Facebook
Asia Bibi, Pakistan: 45 year old mother of five, sentenced to death for blasphemy for ‘insulting Mohammad’
Yousef Nadarkhani, Iran: 34 year old sentenced to death for apostasy for converting to Christianity
Nabil Karoui, Tunisia: charged with ‘violating sacred values’ for showing the film Persepolis
Saeed Malekpour, Iran: sentenced to death for ‘insulting and desecrating Islam’
Muhammad Samiullah, Pakistan: 17 year old, charged with blasphemy, for ‘derogatory remarks’ about Mohammad on his exams
Adel Imam, Egypt: comic actor jailed for three months for ‘insulting Islam’
Sarwar Penjweni, Iraqi Kurdistan: threatened for researching Islam and Quranic texts.
Lanja Abdulla, Iraqi Kurdistan: Director of Warvin Foundation for Women Issues threatened at a public meeting for challenging religious authority
The success of this international day and the very lives of those it hopes to save depend on the intervention of each and every one of us.
We call on groups and individuals to take action on this day by organising a protest or vigil, setting up a table in a city centre, writing a letter, signing a petition, drawing a picture, taking a photo, making a video – anything at all – to highlight these medieval laws and rules, defend free expression and the women and men whose lives are at stake.
Your support, events and actions can be uploaded on our Facebook Page or in the comments section below. 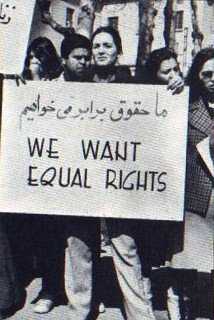 To all of you, and especially those who are still struggling hard to achieve a minimum of equality and dignity as women!
4 comments: