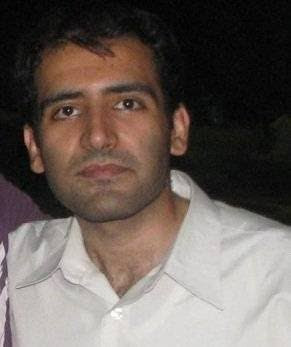 Majid Tavakoli, a 24 year old student activist at Amir Kabir University, must not become another victim of the Islamic regime of Iran. He has been arrested and tortured a number of times for his student activities. The last time he was arrested was in December 2009 for a speech about the ruling dictatorship and for criticising Khamenei. He has started a hunger strike on 23 May and is in very poor health.

On 26 May, Mina Ahadi of the International Committee against Executions briefly spoke to his mother. His mother is also on hunger strike in support of her son. She is very worried and concerned about his health. She said that no matter where she goes, she is given no information on him nor allowed to speak to or see him.

He is currently in solitary confinement for writing a public letter in protest to the execution of ‘my big brother Farzad.’

Iran Solidarity urges everyone to act in defence of Majid and all political prisoners in Iran.