Protest on Student's Day in Iran

In solidarity and support of the students on 'Student's Day' in Iran , Iran Solidarity will be protesting in front of the Islamic regime's embassy in London, tomorrow Tuesday 7 December.
Come and join us.

Here are just two examples of why students in Iran need our support: 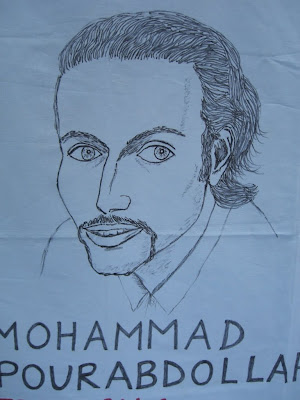 Mohammad Pourabdollah,a chemical engineering student at the University of Tehran, was arrested on February 12, 2009 at his home. He was detained for over one month in solitary confinement and was sentenced to six years which was subsequently reduced to three years for ‘propaganda against the state and society’ and ‘conspiracy to disturb national security.’ 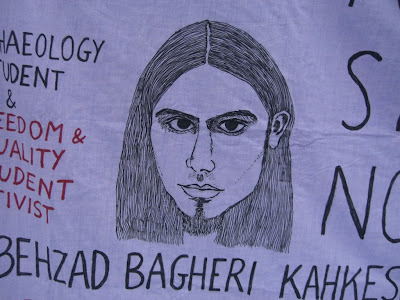 Behzad Bagheri Kahkesh, 24, a left-wing student of Archaeology at Tehran University was arrested on 29 May 2010 and since then has been detained without charge in Dastgerd Prison, Esfahan.