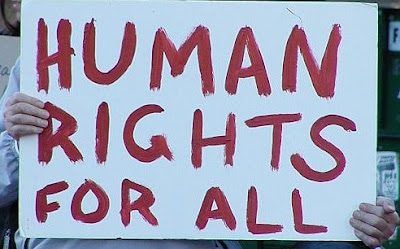 For millions of people there is no Happy Human Rights Day, for them it is still a distant reality, simply because they live under regimes that won’t let them have the most basic human rights. is one of those countries in which people suffer under a dictatorship that keeps them from enjoying their fundamental rights.

Human rights are inalienable rights; they are universal and fundamentally belong to each and every one of us. That’s why we are supporting the people of in their struggle to obtain them.

For the last 18 months, ever since the June 09 ‘elections’, Iran Solidarity has been working on mobilising support for the people of Iran. We have been doing this through protests, events, solidarity actions and above all by calling on concerned people across the world to show their solidarity with the people in . Between July 09 and June 10 we had a daily and then weekly presence on the streets of , focussing on and the Islamic regime’s embassy in , as our daily acts of solidarity with the people of . Thousands have joined us with their acts and messages of solidarity and support.

The case of Sakineh Mohammadi Ashtiani, the 43 year-old Iranian woman who has been sentenced to death by stoning is a good example of the injustice, misogyny and abuse that is the Islamic Republic of Iran. Iran Solidarity has been campaigning for Sakineh’s release since the summer and we are continuing our work. We are also calling for the closure of the Islamic Republic’s embassies across the world as a step towards its diplomatic isolation.

The fight of the people against the Islamic regime of continues and one of our main tasks is to build a bridge of solidarity for Iranians and people everywhere. Iranians welcome and need your support.

We are supporting the struggles and efforts of Iranians, believing that they can rid themselves of the oppression they have to endure.

We now have branches across Europe, North America and . But only if more people take on the task of making their voice in support of Iranians heard will our work be successful.

We are counting on your support and solidarity to help the more than 70 million people in to be able to say ‘Happy Human Rights Day!’

Please get in touch with us for more information on our activities and how you can help.