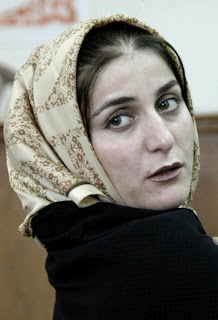 Shahla Jahed was a 39-year old woman sentenced to death for the alleged murder of her former lover’s wife. She was hanged on Wednesday 1 December after a seriously flawed conviction even by the Islamic Republic’s medieval judicial standards. She had already spent nine years in prison under the nightmare of execution.

Shahla had retracted a confession, which she said had been extracted from her under physical and mental duress. However, the Islamic Republic’s judges decided to ignore the retraction and sentenced her to death. Due to major inconsistencies in her case, she once received a stay of execution. However, the original conviction was suddenly upheld by the High Court last month.

Shahla’s high-profile case had been the object of years of world-wide campaigning by the International Committee Against Execution and other human rights organisations and campaigners. So the timing of her execution is significant, and the link to the stoning case woman Sakineh Ashtiani obvious: unable so far under international pressure to stone or otherwise kill Sakineh, the regime in Iran decided to murder Shahla Jahed to demonstrate its barbaric violence. It may have been hoping to put a damper on the Sakineh campaign. However, it has only added to the worldwide indignation, making the criminal case against it even graver. Shahla’s killing will no doubt figure prominently in any future investigation by international human rights courts into that regime’s crimes against humanity.