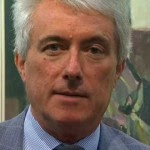 Bruno Malattia, an Italian lawyer has taken on to defend Sakineh Ashtiani, her son Sajjad and Houtan Kian. Here is his first letter to the EU and copied to the heads of the Islamic regime in Iran.

HEAD OF THE JUDICIARY
IN EAST AZERBAIJAN PROVINCE
MALEK-ASHTAR SHARIFI

I write on behalf of the International Committee against Stoning, which asked for my legal assistance in all the initiatives that are taking place in Europe against the stoning of Sakineh Mohammadi Ashtiani.

The Committee I represent means to thank You and the European Parliament for the special commitment in Sakineh’s case and in Human Rights defence in Iran.

We want at the same time focus Your attention on the general climate of intimidation and threat that reigns in Iran and that puts lawyers in danger for their life or freedom, restraining them from the possibility to defend Sakineh and her family.

The Committee is confident that the European Parliament will make itself heard about these issues and will support all the actions that we mean to take to guarantee and protect not only the Right to Life of Iranian people but also their Right of Defence and to a fair trial.

With the highest esteem, Yours respectfully,