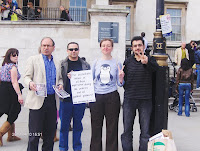 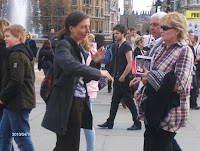 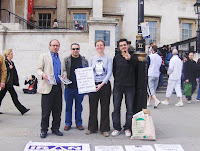 It is ten weeks until the anniversary of ‘elections’ and start of the uprising of the Iranian people. Iran Solidarity UK will every week focus on one of our demands.

1. The immediate release of all those imprisoned during the recent protests and all political prisoners

Thousands have been arrested over the last ten month alone attending protests and standing up for human rights. Thousands and thousands more have been arrested over the last 31 years since the Islamic regime in came to power. The brutality of the regime against the political prisoners it keeps in its dungeons without fair trials, access to lawyers has become well known. Mistreatment, abuse, torture and execution of prisoners are commonplace and not an exception. Here is a tiny section of cases that will give you an idea of what is happening in right now:

►An appeals court has upheld a death sentence for 20-year old Iranian student Mohammad Amin Valian, who was convicted of the charge of Moharebeh, or “enmity against God” on the basis of photographs showing him throwing rocks during a demonstration.

►Post-election protester Abtin Ghaffari was arrested on February 10, 2010, after being summoned to the Ministry of Intelligence. In the days leading to the New Year (March 21, 2010), a court hearing took place for Ghaffari that lasted two minutes and took place without the presence of his lawyer. Ghaffari was issued a three-year prison sentence by judge Moghiseh. According to Kaleme, on March 19, 2010, Ghaffari’s family was summoned to the prosecutor’s office. In complete disbelief, the family witnessed the two minute court hearing.

Judge Moghiseh announced that starting from the day of the sentence; Ghaffari has the opportunity to appeal the verdict. However, due to the New Year holidays (businesses are closed during the New Year holiday); Ghaffari technically only had two days to appeal the case. Ghaffari was detained in a solitary confinement cell in ward 240 of [Evin prison] ¸for two months. Ghaffari is currently detained in Evin prison’s ward 350.

► political prisoner Behrooz Javid Tehrani is on his ninth day of hunger strike to protest his transfer to solitary confinement [in Gohardasht prison] and the suffering inhuman treatments he endures in there. Behrooz Javid Tehrani is the sole political prisoner in detention who was [first] detained in the July 1999 student uprising (Behrooz was arrested on July 9, 1999). He has been on hunger since March 31, 2010. Reportedly his physical condition is in critical shape. Ali Mohammadi, the ministry’s assistant of Gohardasht Prison in , has ordered for the second time an extension on Behrooz Javid Tehrani’s detainment in solitary confinement by fifteen days

So far, at least 13 protestors have been sentenced to execution, of whom two have been already executed. The defendants have had no access to internationally recognized standards of justice and due process. They have been denied the right of access to their lawyers. In the cases of the two defendants already executed, Arash Rahmani and Mohammad Reza Ali Zamani, the men were executed in secret without their family or lawyers being notified. The courts are also handing out lengthy prison sentences, up to 15 years in prison, for students, activists, and journalists, following unfair trials.