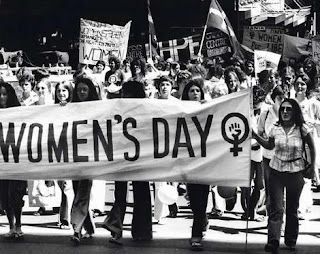 Join us to mark the centenary of International Women’s Day at an International Conference on Women’s Rights, Sharia Law and Secularism this Saturday, 12 March 2011.

There will also be a showing of Ghazi Rabihavi’s play Stoning - ‘A very strong and powerful piece of work, beautifully constructed’ as described by Harold Pinter.

Entry fee: £10 individuals; £3 unwaged and students.
To book a space at the conference, visit here.

You can register at the door on the day but pre-registration via email or telephone is preferred.

Schedule of the day:

1000-1030 Registration
1030-1040 Opening Keynote
1040-1220 Religion’s Impact on Women’s Rights (A discussion on whether religion is compatible with women’s rights, the limits of religious freedom and the intrusion of culture, religion and tradition on women’s status)
1220-1225 On the Alliance for a Secular Europe
1225-1405 Religion and Secularism (A discussion on whether religion and secularism are interdependent, complimentary or contradictory)
1405-1520 Lunch
1520-1700 Religion and the Law (A discussion on religion’s intrusion in the law and on the importance of secularism)
1700-1720 Tea/Coffee Break
1720-1850 Stoning, A play by Ghazi Rabihavi
1850-1900 Closing Address

The Conference is sponsored by the Council of Ex-Muslims of Britain, International Committee against Stoning, Iran Solidarity, Equal Rights Now and One Law for All.