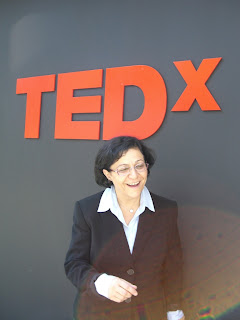 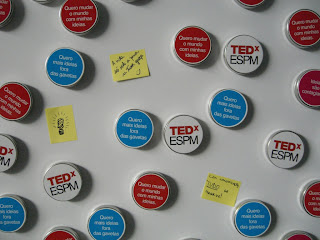 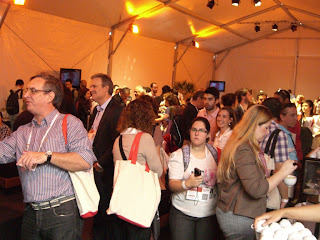 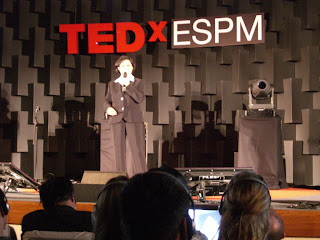 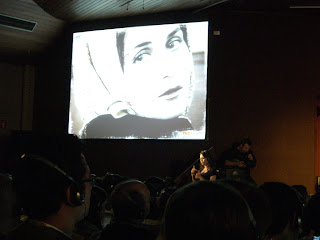 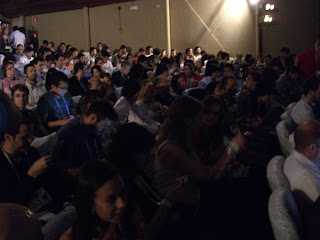 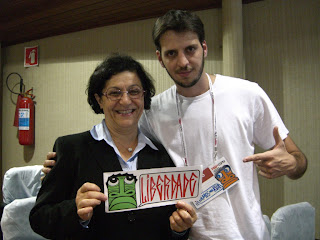 On Thursday, 29 September Mina Ahadi took part in the TEDxESPM conference in São Paulo, Brazil as part of the Iran Solidarity Tour.

18 speakers shared their personal achievements and experiences to a 300-strong audience at the day-long conference. Among an amazing collection of stories were:

The Brazilian graffiti artist Mundano who is involved in social projects and people´s movements, who proclaimed the ´street is democratic´ because there is no hierarchy on the street.

The project of Andreas Heinecke who brings the experience of being blind to people globally and thus enables a dialogue and understanding about the world of the blind.

The independent Indian filmmaker Anurag Kashyap, who has struggled for over a decade with censorship and financial monopolies and now works with a collective of volunteers to get his films made and seen.

Mina Ahadi talked about her work for Sakineh Ashtiani and Shahla Jahed and the many other faceless men and women who are the victims of the Iranian regime´s brutality. She expressed her hope that the Iranian regime will vanish as soon as possible, to see an end to executions, stoning and brutality in Iran.


On Friday, 30 September a meeting with representatives of numerous Brazilian NGOs, lawyers, journalists and international law experts was held. Mina Ahadi presented her work and talked about the human rights violations in Iran. A focus of the meeting was the legal system in Iran and the situation of lawyers who have been imprisoned by the Islamic regime for their work.

At the meeting a Brazilian Iran Solidarity Committee was formed to enable a systematic and progressive collaboration towards solidarity with Iranian people.

This Monday, 3 October, there will be a meeting with the former Brazilian minister of Justice and current human rights secretary for the state of Sao Paulo, Gregori, at which Mina Ahadi will speak about the human rights violations, the ongoing strikes of 6000 oil workers in Mahshahr and the imprisoned labour activists in Iran.